This article about fuel station containers, which featured on Japanese television, reports on the containers that Krampitz and its partner Comota have launched on the Japanese market.

The big demand for above-ground fuel station containers came about as a result of the automobile transformation in Japan, which was among the first countries to switch to hybrid vehicles.

Hybrid vehicles have been standard in Japan for the past 15 years: consumption of petrol and diesel has more than halved in this time.

Classic fuel stations with tanks below ground and outdated equipment are not economically viable now that revenue has halved. This has led Japan to permanently shut many of its fuel stations in recent years.

Rural areas without fuelling infrastructure are often left behind. Fuel stations in Japan cater to more than just vehicles, though – they also provide private households with petroleum (kerosene) to heat their homes during winter.

Here, lorries do not go to private households to supply them with heating oil: instead, people go directly to fuel stations with their canister to buy petroleum.

But now that there are hardly any fuel stations left in rural areas, this has become a huge problem. As a result, the Japanese government feels obliged to provide such rural areas with a new, modernised system: the remaining customers are to be supplied with fully automatic, reliable and inexpensive fuel.

Krampitz and Comota have been working on this project for three years, and have invested massive amounts of time and capital. Now Krampitz fuel station containers have been modified and tested, as well as certified and authorised by the Japanese government to meet the particular needs of Japan. They have been in operation since 2021.

The 20 ft. container is the central container comprising three chambers, in which diesel, petrol and super petrol are stored respectively. It is also fitted with an automatic powder extinguisher system. Furthermore, a credit card payment system, camera surveillance, and an electrical central controller system are included.

Two dispensers are installed on the longitudinal and end walls in two niches, which can be closed by roller doors.

The 10ft. container is equipped with a dispenser and a chamber for petroleum (kerosene). The electrics in this container are the same as the 20ft series. 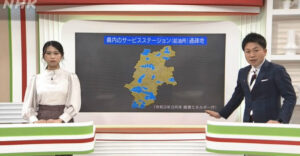 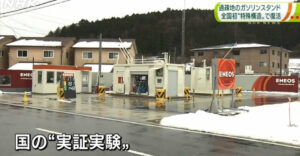 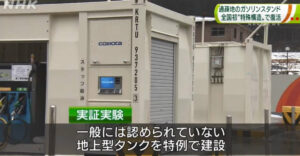 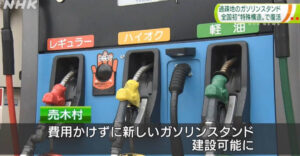 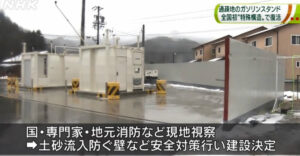 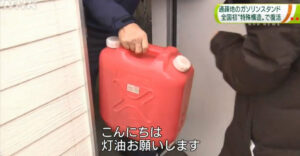 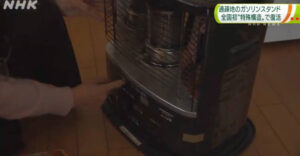 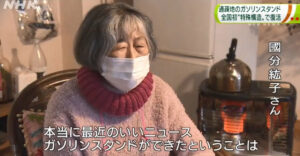 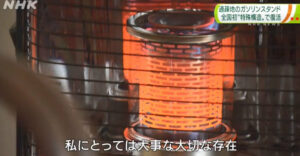 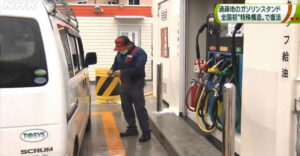 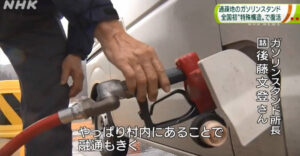 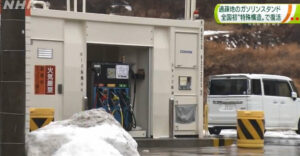 All of the fuel containers are fabricated using premium steel and dual wall construction. They have an electric vacuum leak system.

The employee from the oil company featured in the clip acts as a technical guide for local customers to the automatic fuelling system. He is only on site for a limited time.

By choosing Krampitz and Comota, Japan is focusing on modern mobile supply concepts that meet the needs of the future.

The technical transition away from the combustion engine towards e-mobility is absolutely the right one. This change will be rapid, but fuel supply systems, in whatever form, will be with us for many years to come – whether we like it or not.

Today’s supply and demand for vehicles with combustion engines is still far too high.

As we have seen in Japan, it will take time and require modern technological transitional solutions before the last combustion engine is decommissioned. There is no other alternative and ignoring the issue could lead to widespread social unrest.